Dan Wilson is a singer, songwriter, musician, producer, and visual artist. His songwriting resume includes “Closing Time”, which he wrote for his band, Semisonic, “Not Ready to Make Nice” (co-written with the Dixie Chicks) and “Someone Like You” (co-written with Adele). He earned a Grammy nomination for “Closing Time” (Best Rock Song) and won Grammys for Song of the Year (“Not Ready to Make Nice” in 2007) and Album of the Year (which he won in 2012 as one of the producers of Adele’s 21).

In addition to being the leader of Semisonic, Wilson has released several solo recordings, including the 2017 release Re-Covered. He was also a member of the Minneapolis psychedelic rock band Trip Shakespeare. 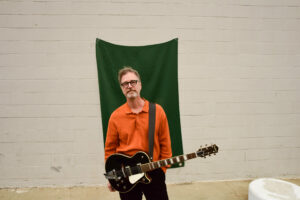 Under The Radar – Dan Wilson of Semisonic Announces New EP, Shares Cover of Perfume Genius’ “On the Floor.”Dancing on the Moon Due Out September 15

November 11, 2021
Interview: Dan Wilson of Semisonic on his songwriting breakthroughs

May 20, 2021
May Your Song Always Be Sung: A Virtual Celebration of Bob Dylan for his 80th Birthday – Outpost in the Burbs

October 6, 2020
Entertainment Weekly: Opening Time: Dan Wilson on the Return of Semisonic and Writing Hits for Adele and The Chicks

September 16, 2020
Grammy.com: Dan Wilson on Semisonic’s Return, Why Preachy Songs Suck & The “Capitalist Insanity” of Cashing in on Covid-19

March 22, 2020
The NY Times recommends the “Song Exploder” episode featuring Dan Wilson talking about Semisoni hit “Closing Time” on their Podcast Playlist To Help Distract You (For The Most Part)

January 17, 2020
The NY Times names Dan Wilson’s episode of “Song Exploder” in the What We’re Listening To section of their Morning Briefing – NY Times

November 26, 2019
The Story Behind The Song: Mondo Cozmo, “Come On” – American Songwriter

November 16, 2019
Dan Wilson Releases “Sunshine” For His Song of the Month – American Songwriter

October 31, 2019
Dan Wilson On Songwriting — And How He Comes Up With His Online Tips – MinnPost

September 5, 2018
From Adele to Halsey, This Hitmaker Sees No ‘Closing Time’ – Forbes